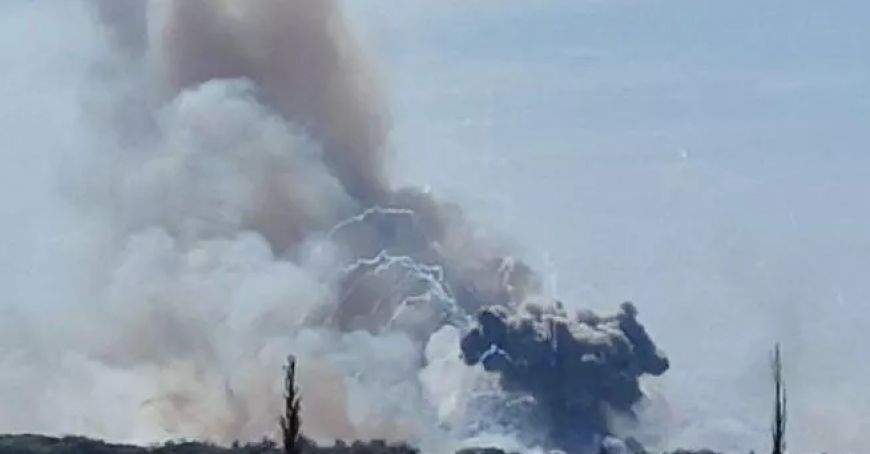 Three local witnesses told Reuters they heard several loud explosions and saw black smoke rising from the direction of a Russian military air base in Novofedorivka, western Crimea, on Tuesday.

Several explosions took place near the village of Novofedorivka in Crimea, an adviser to the mayor of Crimea, Oleg Kryuchkov, said on his Telegram channel on Tuesday, quoted by the Russian news agency TASS.

Russia annexed the Crimean peninsula from Ukraine in 2014.