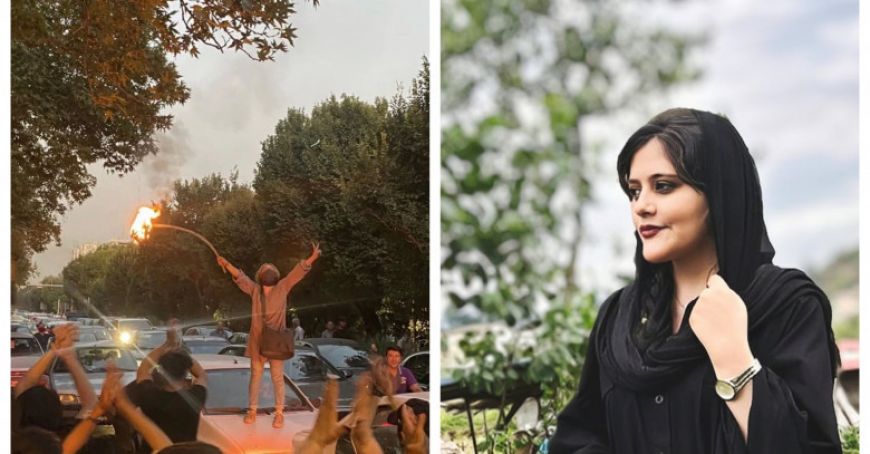 In the video, a massive crowd cheers as a woman lifts a pair of scissors to her hair – exposed, without a hijab in sight. The sea of people, many of them men, roar as she chops off her ponytail and raises her fist in the air, CNN reports.

It was a powerful act of defiance Tuesday night in the Iranian city of Kerman, where women are required to wear hijabs (or headscarves) in public, as outrage over the death of a woman in police custody fuels protests across the country.

Iranian authorities said Wednesday that three people, including a member of the security forces, have been killed in the unrest, which has stretched into a fifth day.

Human rights groups have reported that at least seven people have been killed.

The death last week of 22-year-old Mahsa Amini, who was arrested in Tehran by morality police – a dedicated unit that enforces strict dress codes for women, such as wearing the compulsory headscarf – has sparked an outpouring anger over issues ranging from freedoms in the Islamic Republic to the crippling economic impacts of sanctions.

The protests are striking for their scale, ferocity and rare feminist nature; the last demonstrations of this size were three years ago, after the government hiked gas prices in 2019.