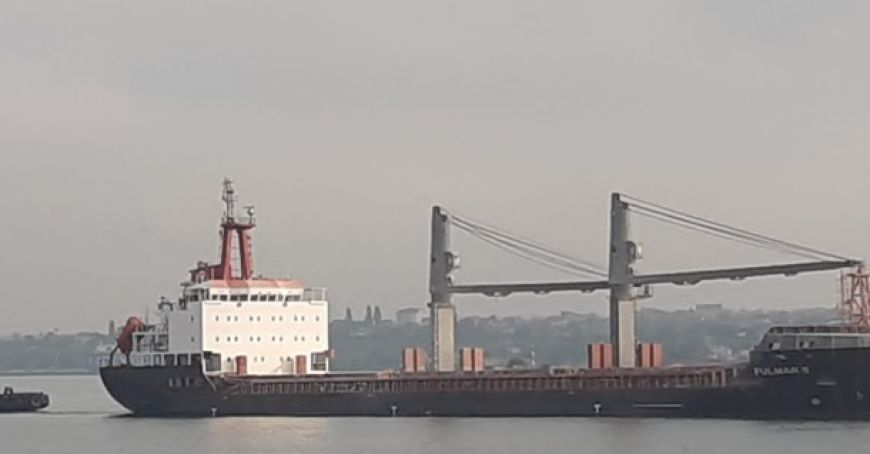 The first vessel with agricultural production from Ukraine arrived in Italy

The first dry cargo ship with corn and soybeans from Ukraine arrived in the Italian city of Ravenna, the Ministry of Foreign Affairs of Italy announced on Saturday. "We are very pleased with the arrival of the first ship from Ukraine to Ravenna with a load of corn and soybeans. Italy supports all possible efforts aimed at food security in the world and in the Mediterranean Sea and the implementation of the Grain Export Agreement, supporting Kiev's resistance," the Italian Foreign Ministry wrote on Twitter.

Also, the Ministry of Infrastructure of Ukraine reported that the first ship, which entered Ukrainian ports after the Russian invasion, left the port of Chernomorsk.

"This morning, the bulk carrier FULMAR S (under the Barbados flag) set off for Turkey. The ship joined the caravan with the bulk carrier THOE", reports the Ukrainian institution. According to it, a total of 14.5 thousand tons of agricultural products were on board the two ships.

In total, according to the Ministry of Infrastructure of Ukraine, as part of the initiative for the safe export of grain, 16 ships left Ukrainian ports, transporting 450,000 tons of agricultural products.

The cargo ship FULMAR S arrived in Ukraine on August 6 to be loaded with grain, becoming the first such vessel since the beginning of a full-scale Russian invasion.