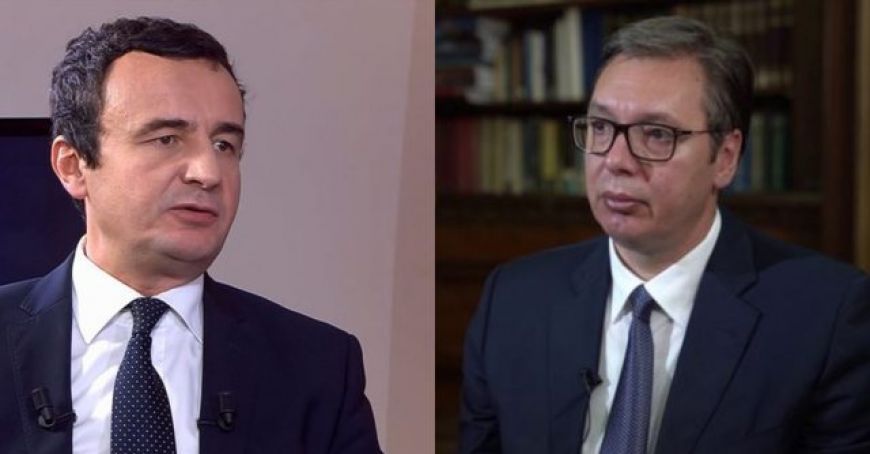 The leaders of Serbia and Kosovo are meeting today, in Brussels, for a new round of talks mediated by the European Union, in the hope of reducing the tensions between Belgrade and Pristina that have led to violent protests in recent weeks, reports Agerpres.

"We will have very difficult discussions, we don't agree on almost any topic," said Serbian President Aleksandar Vucic.

The head of EU diplomacy, Josep Borrell, called the meeting after a dispute over car registration numbers and identity documents led, at the end of July, to the erection of barricades on the streets and even to armed violence.

The exchange of aggressive remarks between Serbia and Kosovo led the European Union to publish, at the end of last week, a statement in which it asks "both sides to immediately end mutual hostilities and dangerous statements and act responsibly."

Currently, Serbia's EU accession process is blocked due to the dispute with Kosovo.

The region of Kosovo unilaterally declared independence from Belgrade in February 2008, nearly a decade after NATO bombed Serbian forces to stop the killing and expulsion of the region's ethnic Albanians.

Kosovo's independence is recognized by more than 100 states around the world, including 22 of the 27 members of the European Union (the exceptions are Spain, Romania, Greece, Slovakia and Cyprus).