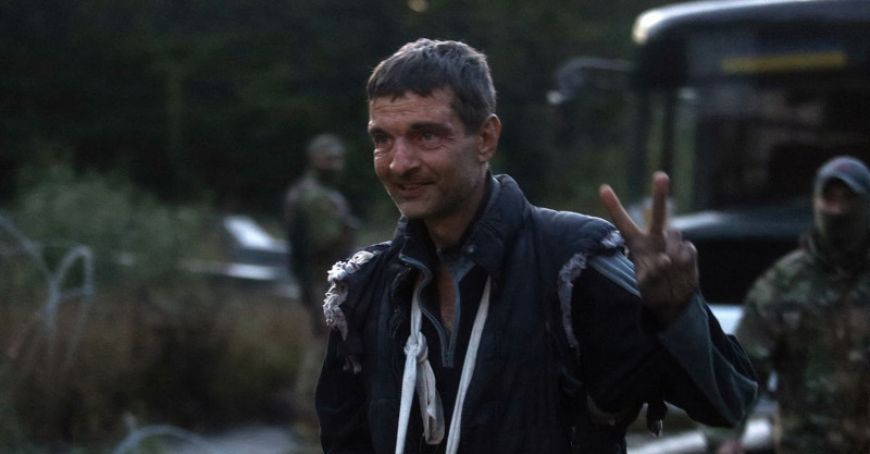 Ukraine announced the largest exchange of prisoners since the beginning of the invasion. Hundreds of Ukrainian soldiers, including fighters who defended the Azovstal steel plant in Mariupol, were released in exchange for dozens of Russian prisoners. Yesterday, Volodymyr Zelensky asked the UN for a "just punishment" against Russia, denouncing the invasion of his country by Russian troops and calling for the establishment of a special court, reports Moldova 1.

215 Ukrainian soldiers, including fighters who defended the Azovstal steel plant in Mariupol, were released in exchange for 55 Russian prisoners. The announcement was made by Ukrainian President Volodymyr Zelensky in his nightly message, in which he stated that five military commanders, including Azovstal defense leaders, were taken to Turkey in an operation agreed with Turkish President Recep Erdogan. Meanwhile, among the prisoners released by Ukraine is Ukrainian oligarch Viktor Medvedchiuk, a close ally of Russian President Vladimir Putin.

"According to an agreement previously concluded with the President of Turkey, Erdogan, five of our commanders are in Turkey under his personal protection and security guarantees. Also, among those released are representatives of the countries that help us the most, such as the citizens of the United States, Great Britain, Croatia and Sweden," said the head of the presidential administration in Kyiv, Andrei Ermak.

"I congratulate you on the return of our boys, our heroes. Glad to see you all alive after only talking on the phone while you defended the country. We are very proud of what you have done for our country. Now you are safe on Turkish soil and soon you will be home," said Volodymyr Zelensky.

Last night, the leader from Kyiv, Volodymyr Zelensky, reiterated that Ukraine wants peace and asked the UN General Assembly to sanction Russia for its "aggressions and for violating the borders and territorial integrity" of Ukraine.