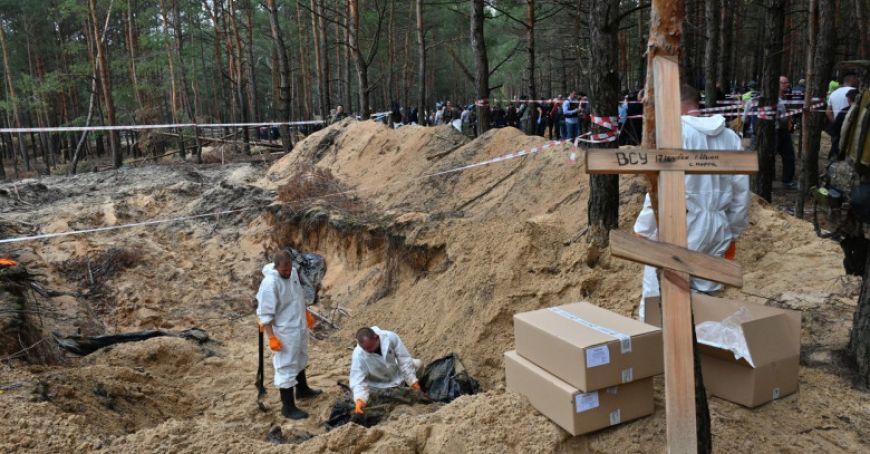 The President of Ukraine, Volodymyr Zelensky, announced on Sunday evening that in the city of Izium, recently freed from Russian occupation, two more mass graves were found, where the remains of hundreds of people are, informs Reuters.

In an interview broadcast by CBS, the leader from Kyiv called for increased pressure on Russia, through sanctions, after the Ukrainian counteroffensive in the northeast this month pushed back Russian forces from part of the occupied territories. "These sanctions will have a political impact as well as a financial impact," he claimed. The authorities in Moscow did not immediately comment on Zelenski's statement, but they usually deny committing the atrocities they are accused of after the invasion of Ukraine, notes Agerpres.

The first mass grave was found this month in Izium in a wooded area next to a cemetery. Ukrainian authorities investigating the causes of death of those buried there have already exhumed 436 bodies, most of which showed signs of violence. According to preliminary data, 30 of those killed had been tortured. In another mass grave, the remains of 17 soldiers were found.