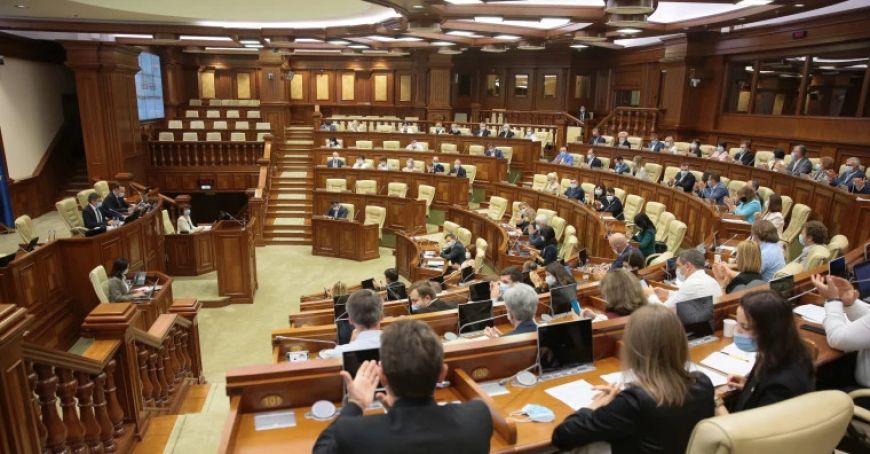 The faction of the Bloc of Communists and Socialists (BCS) requested the exclusion from the agenda of the project regarding the extension of the state of emergency in the Republic of Moldova for another 60 days. 26 votes were cast for this initiative, an insufficient number to be approved.

"We do not see the need to extend the state of emergency. Today, in the legal committee appointments and immunities, the rapporteur on this subject informed us that the Government still sees various dangers. We find that these dangers are diminishing - we have gas, we don't have a large flow of refugees. That is why we believe that the Government should operate in a normal regime. It has the necessary mechanisms,, so it must come and give an account of those actions that have been taken during the year since we have been living in a state of emergency", argued BCS deputy Vasile Bolea.

On the other hand, PAS deputy Dumitru Alaiba claims that the Parliament will extend the state of emergency today, as Gazprom could stop the delivery of gas to the Republic of Moldova.

"Today, we are extending the state of emergency in connection with the uncertainty regarding the supply of natural gas from Gazprom. We may need to make some urgent decisions in the event that Gazprom simply shuts off our gas, which is not impossible. They (BCS) say they "see no reason". And that "we have gas". This, even if Gazprom has already reduced deliveries by 30% for the time being", said Dumitru Alaiba.

Meanwhile, the Government maintains that this decision is determined by the persistent risks and threats aimed at national security, as well as the supply of the Republic of Moldova with energy resources for the cold period of the year. According to the authorities, the last-minute evolutions of the situation in the region, conditioned by the unfolding of the war in Ukraine, continue to generate vulnerabilities to the security of the state borders of the Republic of Moldova.