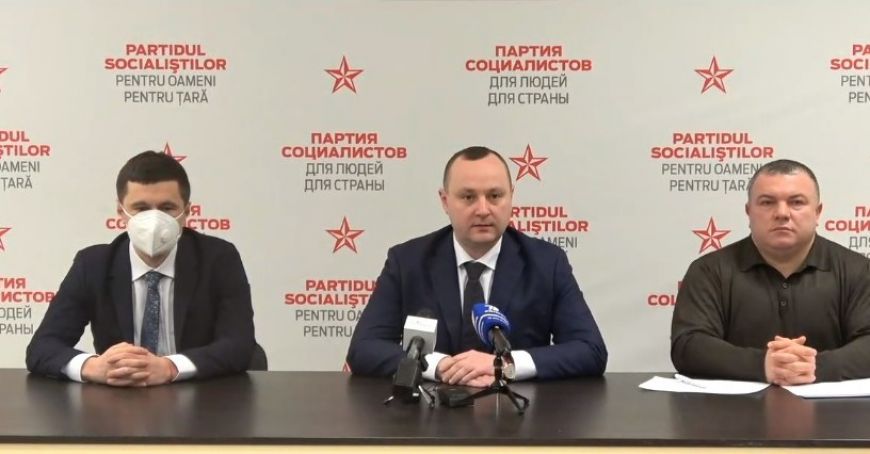 The Party of Socialists (PSRM) announces that it will submit again in the Parliament the Law on the functioning of languages on the territory of the Republic of Moldova. The socialist deputy Vlad Bătrâncea announced this in a press conference. According to him, the law meets the recommendations of international structures.

"This law perfectly meets to the recommendations of international structures. (...) We will not allow the Constitutional Court to replace the Parliament, we will not allow a group of citizens to decide instead of the whole Parliament. We will resort to several measures and events that come to restore the rule of law. Obviously, the Parliament will examine and in the next period of time will repeatedly vote the Law on the functioning of languages ​​in the new variant, which will be registered in the coming days. We will do our best for the Republic of Moldova to have language legislation and for all citizens to be protected, for everyone to have equal rights ", said Vlad Batrancea.

The Socialist deputies and the Ministry of Justice have stated that they will denounce the decision of the Constitutional Court to the Venice Commission, the UN, the Council of Europe and other international bodies.

"I will report to the international partners on the current situation and on the risks. We will report to the UN, the Council of Europe. We are analyzing the address to the Venice Commission, in order to settle these things ", said the acting Minister of Justice, Fadei Nagacevschi in a press conference.

Yesterday, the Constitutional Court declared unconstitutional the Law on the Functioning of Languages ​​ on the Territory of the Republic of Moldova. Subsequently, the court's decision provoked several reactions. We remind that the law was voted by the Parliament at the end of last year, at the initiative of the socialist deputies and promulgated by the then president of Moldova, Igor Dodon.