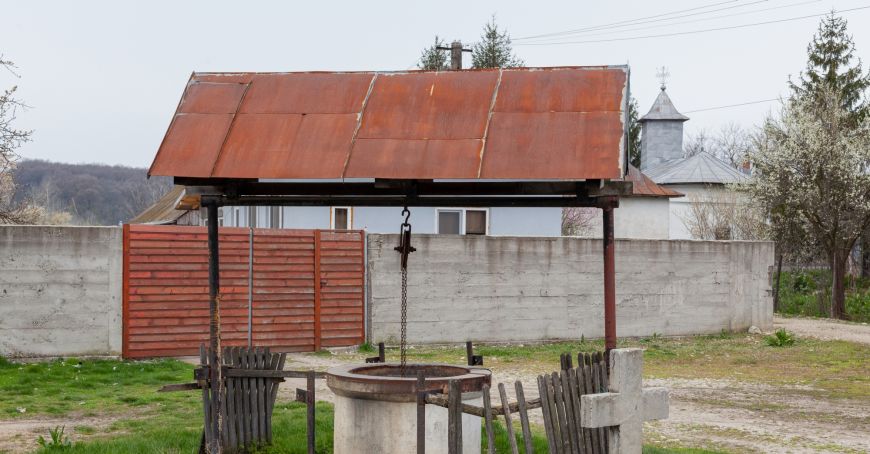 The heat wave drained the water from the wells of over 200 households in a sector of Voloviţa village, Soroca district. In this area of ​​the village, the houses have not yet been connected to the water supply system. Thus, people are forced to travel kilometres for a cauldron of water, reports Moldova 1.

People have to buy drinking water. Some go tens of miles for a bottle of water.

"We withdrew from the city here to make our lives easier, to have a piece of land, to process it, to harvest it, but because of the water we can't. Besides, there is no drinking water in the wells," said the resident Svetlana Ciumac.

Tudor Mihalcean has created conditions like in the city, with tap water, but for some time he has had to supply himself with water from the spring.

"I bring water in cans from the church or from the spring, from there we bring drinking water. This happens during the period when there is no water in the well, but it appears and disappears periodically," said Tudor Mihalcean.

According to the local authorities, the inhabitants of this area will benefit from a centralised aqueduct, after the water supply project is approved.

"It is considered out of town there, when we did the project on Voloviţa and Alexandru cel Bun, we left the pipe for them as well. We make the urban plan, when we shoot in the village, we will then do the project on them as well. We have 13 institutions that have to approve and as they give us the approvals, we will solve this question," said the mayor of Voloviţa village, Iulian Colesnic.

Until then, however, people have to keep every drop of water.