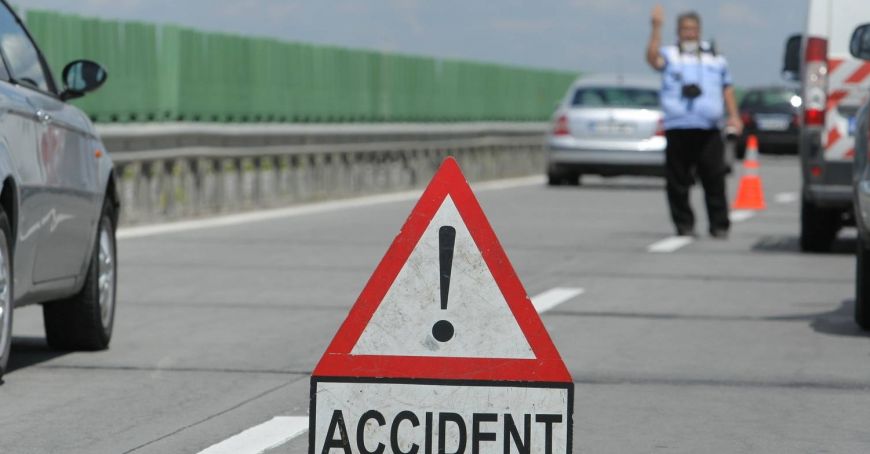 A young man was hospitalised after he was hit by a car while crossing the street with his bicycle on the pedestrian crossing. The incident took place last night, on Alba Iulia Street in the capital, and the moment of impact was captured by a nearby surveillance camera. In the video images, it can be seen how the driver of the vehicle did not give priority to the pedestrian and braked only after the impact took place, and the bicycle was knocked to the ground, reports Moldova 1.

Another serious traffic accident occurred on Friday evening, on Muncesti Street in Chisinau. A 19-year-old man was driving a car. He ran into a pillar, then stopped in a fence, next to a shop window.

The impact was so strong that the car's engine jumped out from under the hood.

The two passengers who were in the car were injured and were transported to the hospital for medical care.

In both cases, the police were requested to establish the circumstances.