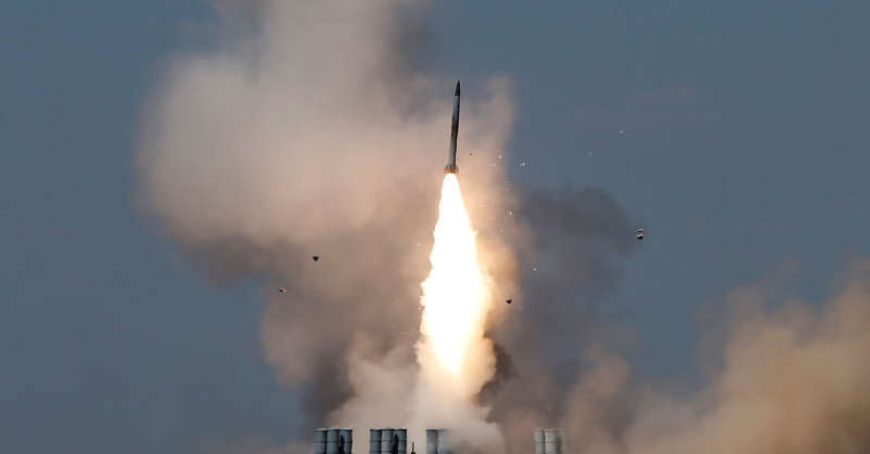 On Monday morning, Russian forces launched about ten S-300 surface-to-air missiles over the city of Zaporozhye, the administrative center of the region of the same name, destroying civilian infrastructure targets, including a rehabilitation center for children with special needs, announced the head of the Ukrainian military administration of the Oleksandr Staruh region on his Telegram account, reports Agerpres.

"There is a risk of new attacks. Take care of yourselves", he said, addressing the locals.

In the same post, the Ukrainian official adds that, apart from the city of Zaporozhye, two other nearby towns were targeted.

Anatoli Kurtev, the interim mayor of the city, declared that there were victims following the new attack on Zaporozhye, but without giving details.

"As a result of the enemy attack, civilian infrastructure targets were destroyed. Unfortunately, there are casualties. All competent services are acting on the spot", indicated Kurtev, promising to return later with more details.

According to some preliminary information, at least one person was hospitalized as a result of the rocket attack against the rehabilitation center, where children with special needs were studying. It is not known if it is an adult or a child.

Since the beginning of the large-scale invasion of Ukraine, Russian forces have occupied most of the Zaporozhye region (southern Ukraine), where the largest nuclear power plant in Europe is located.

The largest cities in the region - Berdiansk, Melitopol, Tokmak, Enerhodar - where the Zaporizhia nuclear power plant is located - are under Russian occupation. However, the administrative center of the region is under the control of Ukraine.

Between September 23-27, the Russian occupiers organized a so-called referendum in the region of Zaporozhye and Kherson regarding secession from Ukraine, the formation of an independent state and its accession to the Russian Federation. On September 30, Russian President Vladimir Putin formalized the annexation of the regions of Kherson, Zaporozhye, as well as the self-proclaimed people's republics of Luhansk and Donetsk, in eastern Ukraine, to the Russian Federation. But none of them is fully controlled by Russian troops, Unian notes.

The city of Zaporizhia was bombarded during the so-called referendums, and in recent days the enemy has intensified its attacks.

A day ago, the Russian invaders hit Zaporozhye and its suburbs with four S-300 missiles, destroying several industrial infrastructure targets.

But the bloodiest recent attack dates back to September 30, when Russian forces hit a convoy of civilian cars waiting in line at the exit of the city to the territory temporarily occupied by the Russians: 31 people were killed.

In the last 24 hours, Russian forces launched 11 missiles of various types, carried out 10 more airstrikes on the territory of Ukraine, as well as 65 bombings with multiple missile launch systems against dozens of towns, the General Staff of the army reported Ukrainian women in a newsletter on the situation at the front on its official Facebook page, according to the quoted press agency.

Destruction was reported in at least 35 localities, according to the text.