The "TeleFilm-Chisinau" Department functions as a production structure, created based on the Decision no. 55 of 03.07.2017 of the Supervisory Board.

"TeleFilm-Chisinau" aims to promote the talents with vocation for the documentary film by providing the technical possibilities for making the films.

Cinematographic creations are made by a team of professionals, trained and crafted on the National Television's filming platforms, which aims to give new impetus to the "TeleFilm-Chisinau" creations.

The studio "Telefilm Chişinău" was founded in 1967. More than 300 documentary films have been made in this studio. Some have resisted in time, others have remained in the archives of national cinematography as propaganda samples of a totalitarian regime.

After 1989, the economic conditions were not very favorable for the development of cinema, and Teleradio Moldova, with no financial resources, gave up the "Telefilm Chisinau" studio.

After decades of inactivity, the studio was reopened in 2017 with the support of Coe and the EU through the project "Promoting Media Freedom and Pluralism in the Republic of Moldova". 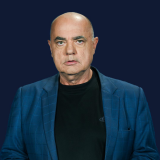 Graduated from the Moldovan State University in 1985. Since then, he has worked in various positions within the Teleradio Moldova Company. He made several documentaries: "Our all-day water," "9 days and nine nights that shook Raciula", "Marica", "Vladei Films", "Moldovan like me is not", and as a producer - "Covenant" and "The Great Theater in Soroca". For the “Polish Tracks”, he was awarded the "Emeritus for Polish Culture" honor badge. Currently, he is the director of the "TeleFilm Chisinau" studio, reopened with the support of the CoE and the European Union after several decades of inactivity. 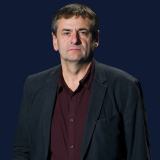 Graduated in 1991 the Theater and Film Academy "S.Rustaveli", Tbilisi, Georgia, the "Actor of Theater and Film" faculty. After graduation, he has been employed in various positions in "Teleradio Moldova" Company. He has made countless documentary films on the “Focus” show, one of the most successful national TV projects. He made the documentaries "Aliens at Home," "Melania in the Barrel," "The Story of the Hobbledehoy in Tears." The "Polish Tracks" documentary was awarded the "Emeritus for Polish Culture" honor badge. He is a Master in Arts. 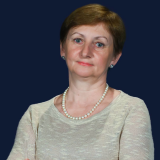 Has worked on public television in 1984-2012 as an artistic director, and since 2012 as chief director. She made Focus, Good Evening, TeleBingo shows, TV campaigns, Tele Reports, Charity marathons, PMAN broadcasts of national holidays. She shot and broadcast live theatrical performances, concerts of light music, classical music, folk music and rock. During 2008-2017, she was an artistic director and producer of the "Eurovision" contest, the national stage. From 2008-2011, she coordinated the activity and was a trainer in the television studio for young people "Abraziv". In 2013, she was awarded the Master of Arts title. Since 2017, she has been acting as director of the "TeleFilm Chişinău" studio. 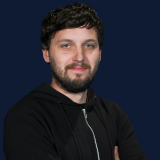 Has worked on national television during 2011-2017, he was the producer of "Soundcheck", "The Story of Generations". Currently, he is editor at the documentary film studio "TeleFilm Chisinau". With his first documentary film in 2011, "The Kingdom of Loneliness", he won the trophy in the "Local Television" category of the International Documentary Film Festival "Chronograph". Then it followed the documentaries "Home in Marienfeld" (2014) and "The Big Theater in Soroca", both nominated for the big prize at ADAMI MEDIA PRIZE.

"Telefilm-Chisinau", in search of heroes, to the end of Europe

The "TeleFilm - Chisinau" documentaries, screened at the Council of Europe

Premiere "TeleFilm - Chişinău": Two documentaries to be launched in Soroca and Taul

Premiere "TeleFilm - Chişinău": "My Slovenia with Ala Adamia" on Tuesday at Patria - Loteanu Cinema

"TeleFilm - Chisinau" is re-launching its activity