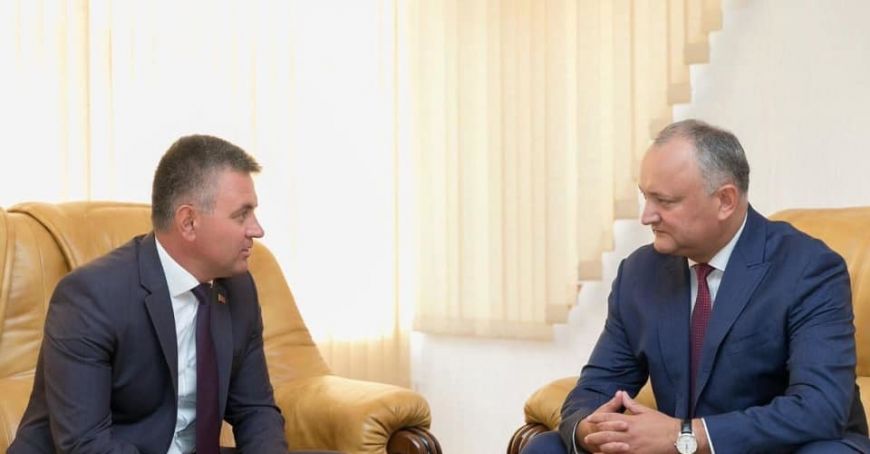 The president Igor Dodon had a telephone conversation with the Tiraspol leader, Vadim Krasnoselskii, about the prohibitions to be imposed on Moldovan drivers by Tiraspol. The parties agreed to find urgent solutions to prevent the worsening of the traffic situation and possible difficulties for citizens.

"We have established that the institutions responsible to identify urgent solutions for avoiding a crisis situation. Categorically, the citizens on both banks of the Dniester should not be affected, and as a result of the dialogue between Chisinau and Tiraspol all the difficult issues and situations will be solved," said Igor Dodon.

According to a statement from the alleged Interior Ministry from Tiraspol, the decision will be applied until the Chisinau authorities renounce the ban on crossing the state border of cars registered on the left bank of the Dniester. In this context, the Deputy Prime Minister for reintegration, Alexandru Flenchea wrote on his page on a social network, that this initiative of the Moldovan authorities is a temporary, test measure.

“Dear, thank you for supporting the initiative to suspend the border crossing regime for vehicles that are not registered in accordance with the provisions of national law. At the same time, I ask supporters and critics alike to remember that it is a temporary test measure. This will allow us to see how many drivers traveling across the country still do not benefit from the opportunity of neutral license plates and with whom we need to work yet. We make analyzes, adjust the resources so that all car owners can enter the legality and enjoy the freedom of movement,” declared Alexandru Flenchea.

On the other hand, the so-called Transnistrian authorities consider that the requirements of the Republic of Moldova are a violation of the agreements concluded between the parties.

PAS calls for the Minister of Health, Labor and Social Protection to be heard in Parliament's plenary