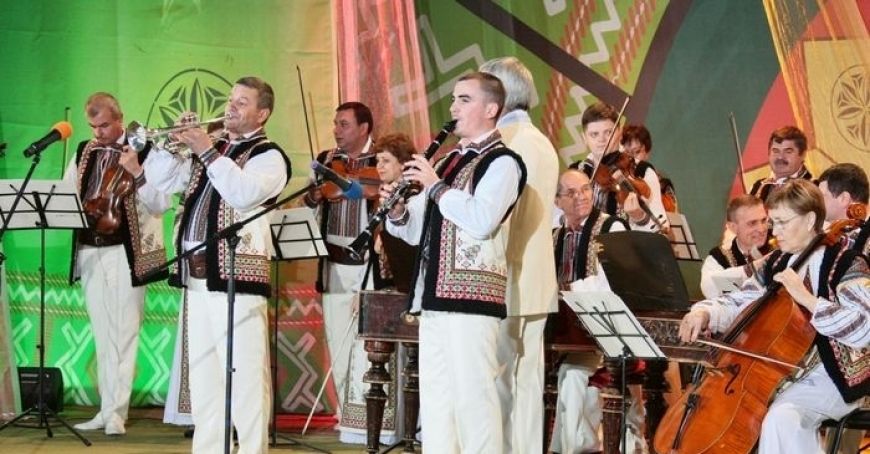 The 17th edition of the "Tamara Ciobanu" national folk song contest started today in Chisinau with the performance of the youngest contestants. The first day of the competition coincides with the birthday of the famous folk music singer. "Teleradio-Moldova" company was the media partner of the event, Moldova 1 TV reports.

"I came to participate, to show my abilities. I perform powerful songs and I hope the jury appreciates them";

"To gain experience and to promote my values".

The children were accompanied by their teachers.

"I came to this contest with Mihaela, a responsible little girl who loves folklore. I helped her with the choice of the repertoire".

The national folk song competition "Tamara Ciobanu" is organized by the Union of Musicians.

"I'm glad that we managed to restore this contest, the previous edition was online. It is extraordinary to highlight both new and dedicated, who are passionate about folklore", says Svetlana Bivol, president of the Union of Musicians.

"First of all, we expect them to come with an interesting repertoire and, of course, new voices in order to promote them because the Folk orchestra sings both with new and dedicated  youth", says Petre Neamţu, the president of the jury.

The national folk song competition "Tamara Ciobanu" started  in 1989. It bears the name of one of the most famous opera and folk music singers, Tamara Ciobanu, who was born on November 22, 1914 in the village of Berezlogi, Orhei. The artist died at the age of 76.