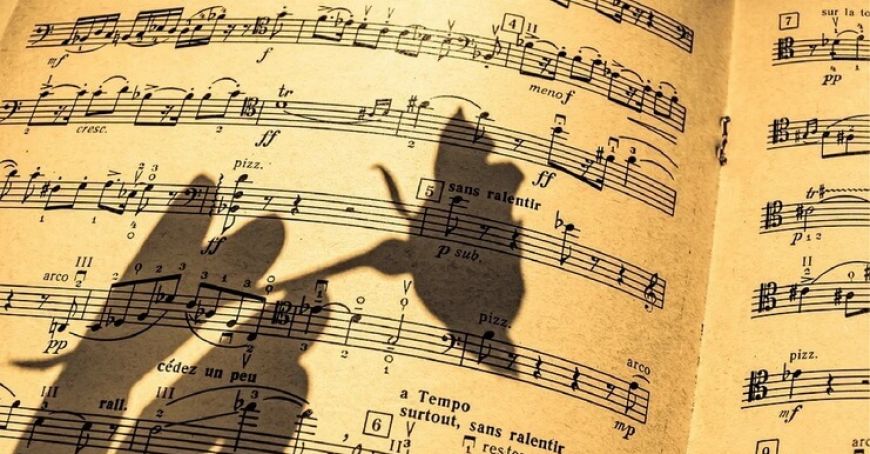 A study carried out by scientists shows that favourite songs give us a good mood and stimulate our brain activity. "International Music Day" has been celebrated for 47 years on October 1. The event was also marked in Chisinau. The National Art Museum of the Republic of Moldova was the host of an event where the role of music in people's lives was discussed, and the creations of the composer Constantin Rusnac were performed.

Constantin Rusnac's pieces were performed by the author, but also by musicians from here and from Romania.

"He especially composed for the trio of which I and Mrs. Aurelia Simion are a part, Trio Academica from the Conservatory in Iasi. I came with the greatest pleasure to sing these two works", said Ion Urdaş, university professor, Iasi.

"Music is always life itself, music is alive, through it we breathe, we think", declared Aurelia Bufteac-Simion, pianist from Iasi.

The former ambassador and doctor in the study of arts, Aurelian Danilă was overwhelmed by emotions before performing in front of the public.

"I haven't sung for about 30 years and now I came to remember my instrument, the one with which I started life. Whatever occupation I had outside of music, it all ended with music", mentioned Aurelian Danilă.

"Music is my life, in fact, I have been in music for many years. For me, it is important not only to be in music, but to promote music", states Petre Neamţu, artistic director of the "Folklor" Orchestra.

The International Day of Music was celebrated for the first time in 1975, being organised by the Music Council of UNESCO, at the proposal of the famous violinist Yehudi Menuhin, the disciple of the great Romanian composer George Enescu.