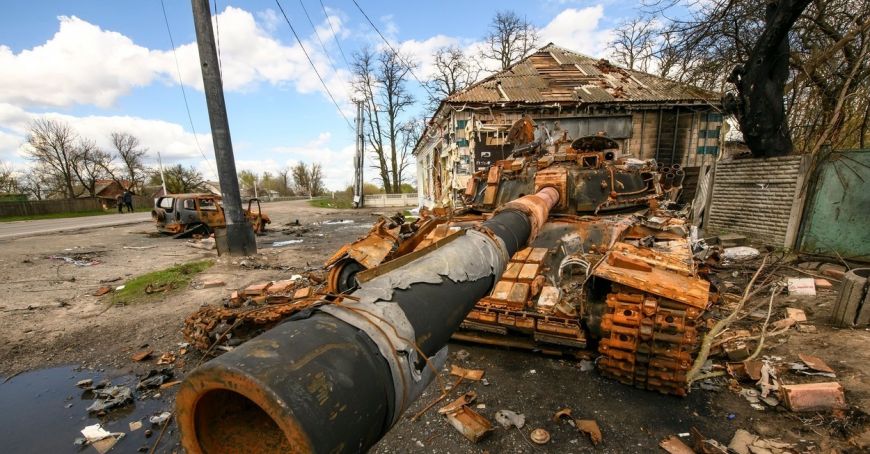 The war in Ukraine continues on the 171st day with bombings in the Donbas region, as a result of which five people died and another 35 were injured. The new estimate of the Ukrainian army regarding the Russian losses are: 200 soldiers, 7 tanks and armoured vehicles and 3 artillery systems, and 2 cruise missiles were shot down before reaching their targets. Meanwhile, the Energoatom administration announced that the Zaporozhye nuclear power plant "operates with the risk of violating radiation and fire safety standards," Moldova 1 reports.

In the evening of August 12, the Russian army attacked the city of Zaporozhye with five rockets. According to the governor of the Zaporizhia region, some infrastructures were damaged. Following the daily tensions, people leave the town of Energodar, which is located a few kilometres from Zaporozhye.

This morning, the General Staff of Ukraine announced that Russian forces bombed the Sumy and Chernihiv regions. The mothers, wives, relatives of the defenders of Azovstal came out to a peaceful rally in the centre of the city of Lutsk in Ukraine. They say they don't know anything about their loved ones.

The participants discussed with the representatives of the international organisations to visit the places where the detainees are kept.

The President of Ukraine came up with a new appeal to the European Union states asking them to ban visas for Russian citizens.

Black smoke from the Râbniţa Metallurgical Plant. The locals complain that they get sick because of the pollution

Minister of State for Europe Leo Docherty, comes to Chisinau

Over the weekend, 39 Moldovans drove drunk, of which 31 - in an advanced state