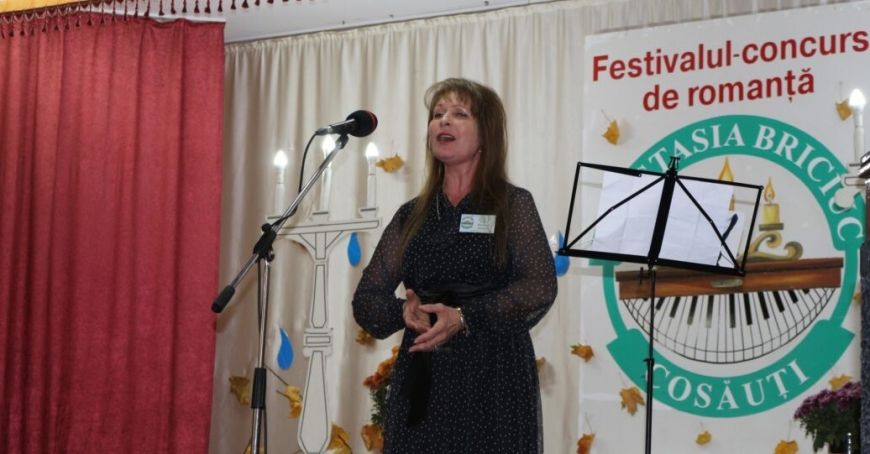 Special holiday for romance lovers in the Soroca district. The House of Culture in the village of Cosăuţi was the host of the "Anastasia Briciuc" Romanian romance festival-competition. At the 7th edition, amateur artists from three districts in the northern part of the country performed on stage, reports Moldova 1.

The romance performers brought to the stage two original pieces each: old romances, collected from the country's villages, but also newer, stylized pieces. This year's edition was attended by 10 competitors from Soroca, Drochia and Floreşti districts.

"I chose romance. Romance is the heart and soul of man", says Aliona Roşca.

"Music for me is a vocation, I performed 2 wonderful works. A romance is an art that not every vocalist can interpret, claims Ion Gorun.

"I chose the romance style because it is a more special genre, more soulful", declared Svetlana Bazic.

"It was a challenge for me. I think that romance is my kind of interpretation", said Alena Munteanu.

The jury offered diplomas and cash prizes to all participants registered in the competition.

"I'm glad that this festival is far from the capital and lives on as romance. Everyone exposed their soul, their emotions because romance is a genre for the soul and from the heart", says the president of the jury Larisa Arsenie.

The festival-competition, now in its 7th edition, is organised in memory of Anastasia Briciuc, a romance singer who, through her talent, brought the fame of Sorocia beyond the borders of the country.

"Promoting the cultural heritage is a goal and of course it takes place at the heritage of the performer Anastasia Briciuc because she was a great performer of the romance genre," said the head of the Soroca culture section, Grigore Bucătaru.

The "Anastasia Briciuc" Romanian Romance Festival is organised by the Soroca District Council and the municipal authorities.