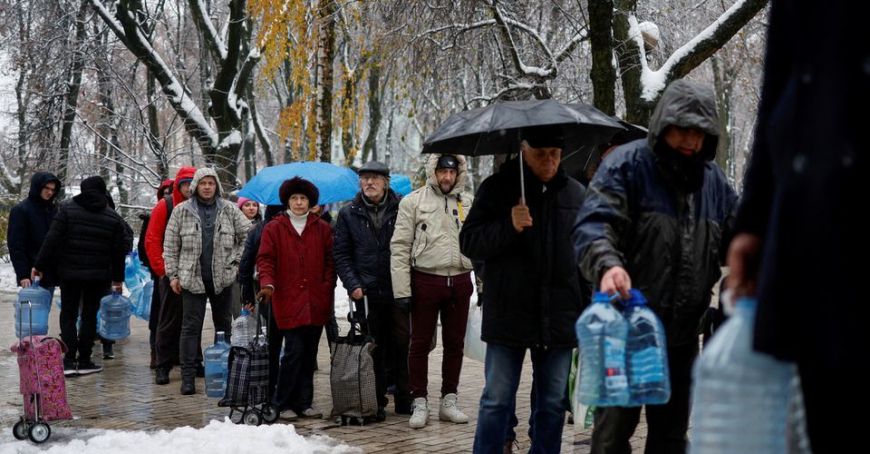 Heavy snowfall was expected in Kyiv starting on Sunday, with temperatures dropping below freezing day and night, while millions of people who still live in and around the Ukrainian capital remain with little electricity and heat, Reuters reports.

Grid operator Ukrenergo said on Saturday that electricity producers were able to cover only three-quarters of consumption needs, necessitating restrictions and blackouts across the country.

President Volodymyr Zelenskiy said that there are restrictions on the use of electricity in 14 out of Ukraine’s 27 regions and in Kyiv, for “more than 100,000” customers in each of the regions.

“If consumption increases in the evening, the number of outages may increase,” Zelenskiy said in his nightly video address. “This once again shows how important it is now to save power and consume it rationally.”

Sergey Kovalenko, chief operating officer of YASNO, which provides energy to Kyiv, said the situation in the city has improved but still remained “quite difficult.” He indicated that residents should have at least four hours of power per day.

Russia says it does not target the civilian population, while the Kremlin said that Moscow’s strikes on energy infrastructure are a consequence of Kyiv being unwilling to negotiate.