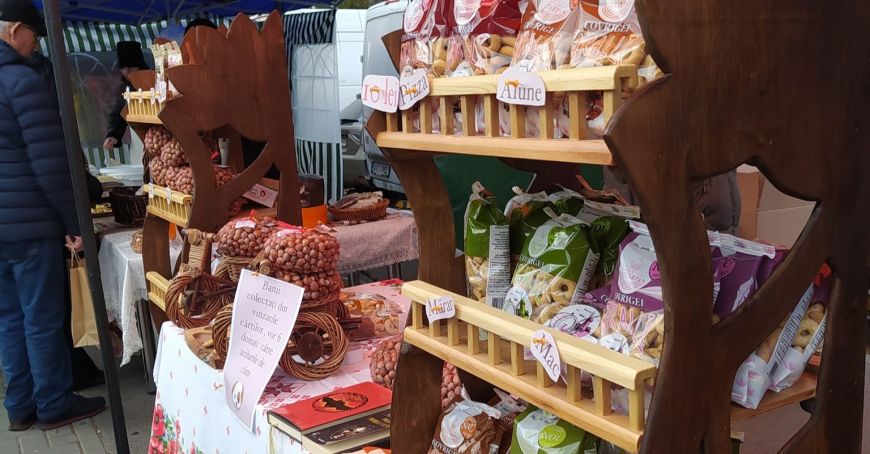 More than 70 domestic entrepreneurs exhibited their products at the traditional "Cămara Fest" fair, opened in the Alunelul Park in the Buiucani sector of Chisinau. Most of the farmers came with this year's harvest and say that such fairs are welcome for the promotion of small producers. Visitors said they were satisfied with the quality of the products. Fruits and vegetables, honey, but also fruits in chocolate were in great demand.

The traders wanted to surprise the buyers with the quality and diversity of the products. At some stalls you could also see gifts for the winter holidays.

"Since we start the winter holidays, we are preparing more special gifts, namely health in a box. Our gifts include beekeeping products", says the local producer, Natalia Belecciu.

"We are producers of sea buckthorn. We bring a bomb of vitamins for the cold season, it is a very strong antioxidant", explains Nicolae Untilă.

"All production is from sheep's wool, everything is natural, mostly for children. We have a lot of orders for small children, for kindergarten, for children up to one year old", says shopkeeper Zinaida Macovei.

Many people left the fair with full bags. "I bought some plums, some sweets for the children. These fairs are very welcome because, first of all, they support local producers and there is diversity for buyers". "I also bought bee honey, cheese and gifts for the new year, some candles."

"In December, we are waiting for them in the second and third week at a new edition of "Cămara Fest" because our producers really need to sell as much as possible during this period", said the organizer of the fair, Diana Crudu.