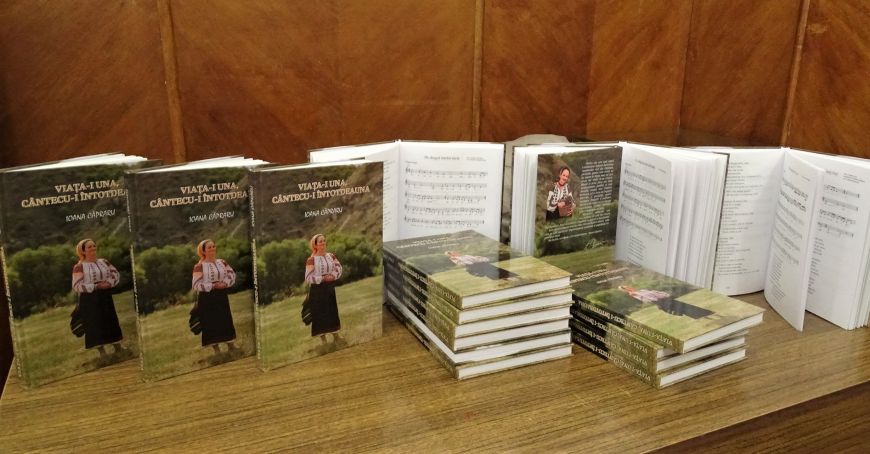 Anthology about the life of the singer Ioana Căpraru, launched at the National Library

" Viaţa-i una, cântecu-i întotdeauna" is the suggestive title of the Anthology about the life of the beloved folk music singer, Ioana Căpraru. The volume, launched at the beginning of November in Cahul, was published thanks to the financial support of the city hall. Now, the book was also presented at the National Library in Chisinau, reports Mesager.

In the book written by the journalist Veta Ghimpu-Munteanu, we find the real Ioana Căpraru, with the authentic songs, with the respect of her colleagues, with the beautiful family at home.

"It's very emotional, because it's the first book on the occasion of this jubilee year, I also thank the town hall of Cahul who contributed to fulfill my wish. My first book, written for me by Veta Ghimpu-Munteanu", said Ioana Căpraru.

"When I was approached with this proposal to collect a book, I certainly agreed. Ioana Căpraru is a model for folk music singers from us, both in the folk style and in terms of song", says Veta Ghimpu-Munteanu.

Ioana Căpraru heard first songs in her native village of Cotihana, Cahul district, where she was born on September 6, 1952. Throughout her artistic career, she enjoyed the love and applause of the audience, she holds the honorary title of master of art, she is an artist of the people .