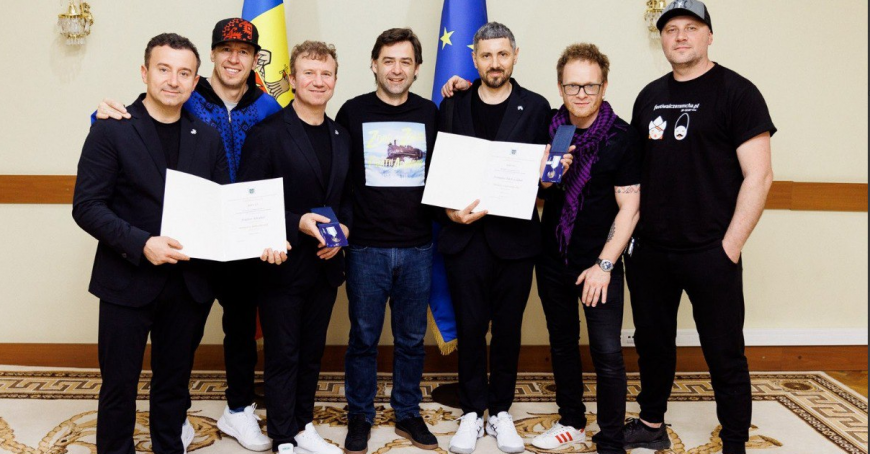 Zdob and Zdub and the Advahov Brothers were awarded the Order of Diplomatic Merit. The distinctions were awarded by the Minister of Foreign Affairs Nicu Popescu, "for the substantial contribution made in the Eurovision Song Contest and as a sign of appreciation for consolidating the image and cultural profile of the Republic of Moldova abroad".

Nicu Popescu conveyed to the artists the appreciation and admiration for the excellent performance in the competition, mentioning that millions of Europeans hummed and danced to the folk and rock’n’roll rhythms of the song “Trenuleţul”. At the same time, the head of diplomacy in Chisinau announced that the MFAEI, in cooperation with the national institutions and diplomatic missions of the Republic of Moldova abroad, will pay special attention to the popularization of Moldovan culture and artists.

"We will be proactively involved in promoting the country and all those who are the flags of the national culture abroad. For our country, cultural diplomacy is an effective tool for promoting our values ​​and identity, and the band Zdob and Zdub and the Advahov Brothers, through their exceptional performance, proved to be true ambassadors of our culture ", added Nicu Popescu.

The first vessel with agricultural production from Ukraine arrived in Italy

Access to compensated medicines will be faster, the authorities claim. What patients say (AUDIO)