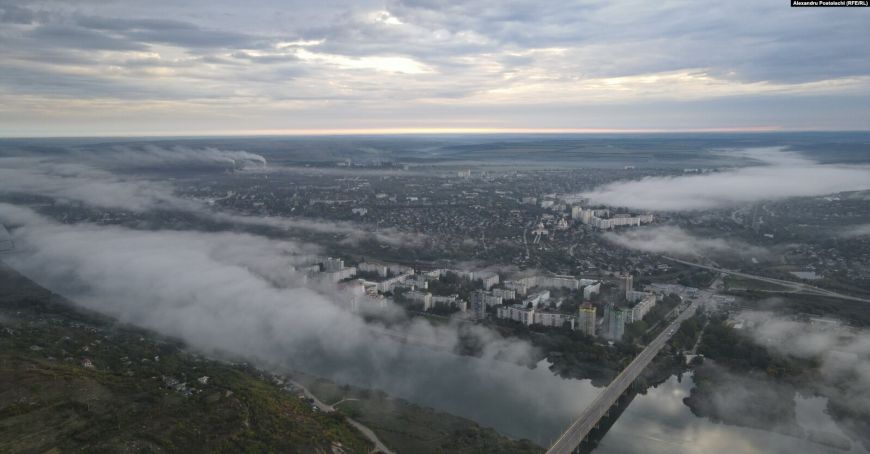 Black smoke from the Râbniţa Metallurgical Plant. The locals complain that they get sick because of the pollution

The Chisinau authorities extended, once again, the environmental authorization for the Moldovan Metallurgical Plant from Rîbniţa, by way of derogation from the law. Meanwhile, the locals in the region complain that the black smoke coming out of the factory's chimneys, especially at night, seriously affects their health, Radio Free Europe reports.

People from the localities on the right bank of the Dniester have noticed that, in recent weeks, the Rîbniţa plant emits smog late in the evening and at night, when, according to them, the filters are out of order. Alerted by the locals, the Free Europe journalists filmed a black smoke coming out of the factory's pipes in the early hours of the morning, which cannot be seen during the day.

"All evening long, we see what's happening there, what's smoking and what the factory needs. I don't know how people live there. I think that our state must take measures so that people are healthy both from their side and from our side", a woman from the city of Rezina told us.

"Many people get sick because of the metallurgical plant, because it is carbonate, different metals and all the dust that goes into the atmosphere comes on top of the plants that we eat. You can't eat a fruit, nothing. It's all white on the trees, everywhere. We are from the village of Bosherniţa, opposite, across the Dniester.

At night we wake up and see the smoke coming out of the factory and coming towards Rezina and over the villages", says a couple we met on the streets of Rezina.

Located just opposite, across the Dniester, the village of Mateuţi in the Rezina district is within the radius of three large enterprises: the cement factories of Rezina and Rîbniţa and the metallurgical plant of Rîbniţa.

"Obviously, they produce emissions, including smoke, which spreads throughout the region. Obviously, this also affects people's health. We can safely and clearly say that many diseases, both oncological, and of the respiratory system, the gastro-enterological system have multiplied. Also, in the last year, the number of allergic diseases has increased a lot. The worst thing is that children are increasingly affected by these diseases", says the head of the local health center, Aliona Peru.

In Mateuţi there is also an air quality monitoring station, but it has not been operating since 2018.

According to the president of the Ecological Movement of Moldova, Alecu Reniţă, a big problem in the case of the Rîbniţa metallurgical plant is the lack of access to information regarding its activity. The environmentalist claims that, from what can be deduced, the plant is of an old, Soviet model, and "in the Soviet Union environmental issues were not in the foreground, but profitability". In his opinion, in order to be modernized, the enterprise should be rebuilt from the ground up and equipped with modern, non-polluting technologies.

Free Europe requested a comment from the plant's administration, but until the date of publication of the material it had not received any response to the request.

The Rîbniţa metallurgical plant is among the top three contributors to the budget of the separatist Transnistrian region. According to a report by the so-called Ministry of Economic Development in Tiraspol, at the end of 2021, the plant's sales were over 432 million dollars - almost half of the total exports of the Transnistrian region. At the same time, the enterprise does not pay any money to the state budget of the Republic of Moldova, not even the environmental tax.