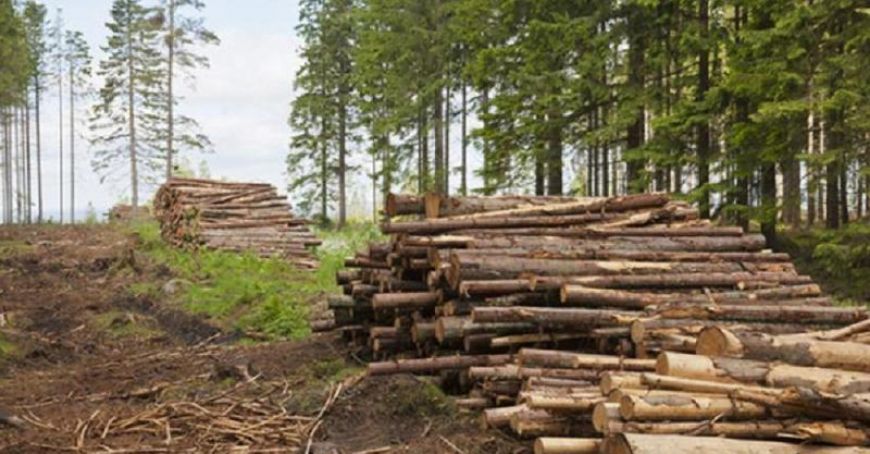 Our country is at risk of running out of forests for the next 20 years. The latest statistics show that deforestation is on the rise in Moldova, while seedlings are kept at about the same level. The issue of deforestation remains a sensitive issue, and in the absence of prompt measures to stop this phenomenon, the quality of life in the Republic of Moldova will suffer severely, informs Moldova 1.

In the Republic of Moldova, three hectares of forest are cut every hour, according to the data of the National Bureau of Statistics (NBS), and 73 hectares of forest are cleared daily in our country. According to the Moldsilva Agency, less than 13% of Moldova's total area is covered with forests. The highest degree of afforestation is in the central area, where about 60% of the forests are concentrated. afforestation is about 7%, and in the south the situation is almost the same.

Environmentalists have sounded the alarm, as less than 13% of the country's total area has been covered with forests. According to them, without forests, we will not be able to solve any of the big problems facing the Republic of Moldova, first of all, we are referring to drought, small rivers and no water. The Moldsilva agency authorizes the deforestation of 500 thousand cubic meters of wood annually, while the consumption of wood is over one million cubic meters, i.e. twice as high.

Moldova's forests can absorb over two million tons of carbon dioxide annually. Green spaces also play an important role in the fight against soil erosion and landslides. During 2020, 330 illegal actions of deforestation, poaching, illegal grazing and other contraventions with the involvement of forest service personnel were registered.

The damage caused to the forest fund on the respective cases constitutes 2.4 million lei and only 515 thousand lei were recovered through litigations.