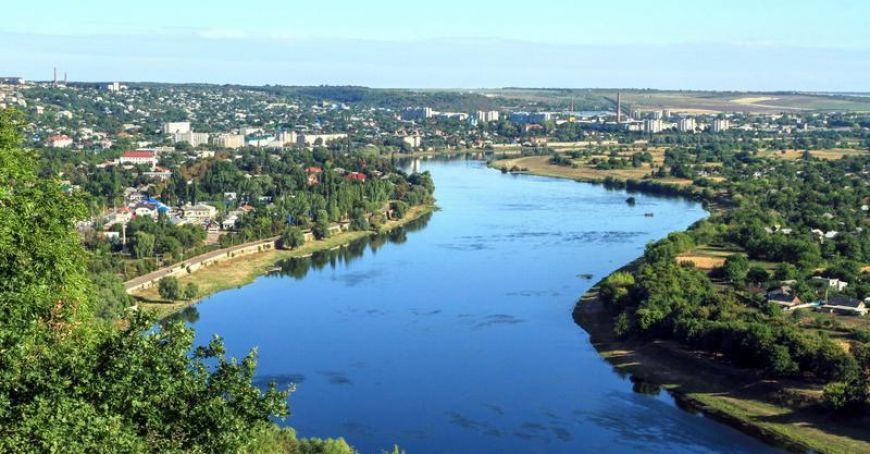 Due to the drought, the water level in the Dniester and Prut rivers decreases

Water deficit in the rivers of the Republic of Moldova. The State Hydrometeorological Service issued an Orange Code of low flows and asked both entrepreneurs and citizens to consume water rationally. Farmers are also sounding the alarm and saying that due to lack of rainfall, fruit set could be compromised. Due to the high temperatures, the basins of the Prut and Nistru rivers register low flows compared to the multiannual average values, but the situation is more complicated in small rivers, where the water level has dropped a lot, Moldova 1 reports.

Botna, a tributary of the Dniester River, which is over 100 km long is just one of the sad examples where the water dries from day to day. For example, on the part that passes through the village of Horesti, Ialoveni, in some places, the stream can be crossed on foot, and in others, only the deep cracks remind that here, only a few months ago, there was water.

The locals say that here, in the past, they bathed or even caught fish.

Experts say that the hydrological drought is already characteristic of our country and is due to climate change and global warming, and the human factor has catalysed this process, by deforestation of riparian areas.

"We should restore the meadows, to have the largest mirror of water to let the water flow from the river when we have the big spring waters to pour into the meadow. Then we will have those local rains from the small circuit of nature", concluded the expert Valeriu Cazac.

In the basins of the Prut and Nistru rivers, there are low water flows by a third compared to the monthly multiannual average values, caused by heat and lack of precipitation.