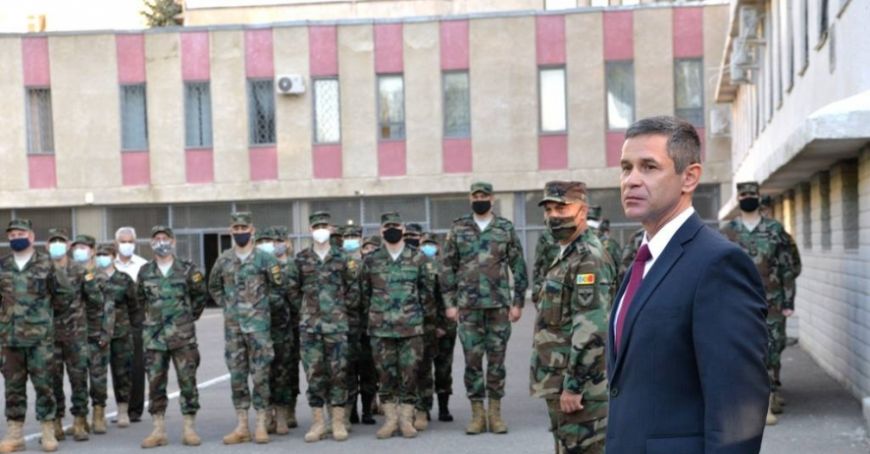 Minister of Defence: The National Army has been and is ready to defend its country

The National Army has been and is preparing to defend its country, and the authorities are closely monitoring the situation in the region. The statement was made on Thursday by the Minister of Defence Anatolie Nosatâii, during a public event, held in Causeni. At the same time, the head of defence urges citizens to calm down, but also to get information from reliable sources, Moldova 1 reports.

"The army of the Republic of Moldova has been and is ready to fulfil its basic mission of defending the country. We, as soldiers, as officials in the military structure, will do everything possible to defend the integrity and security of the country," declared the Minister of Defence, Anatolie Nosatîi.

The head of defence also commented on the Cobasna incident.

"There is a lot of information, a lot of it is manipulative, a lot of it is about bringing fear and uncertainty. I want to mention that it took place in a region not controlled by us, by the state authorities," Nosatîi added.

Yesterday, the so-called authorities announced that gunfire could be heard near Cobasna, where the weapons depot is located. The Reintegration Bureau claims that the firearms were launched outside the security zone on Ukrainian territory.