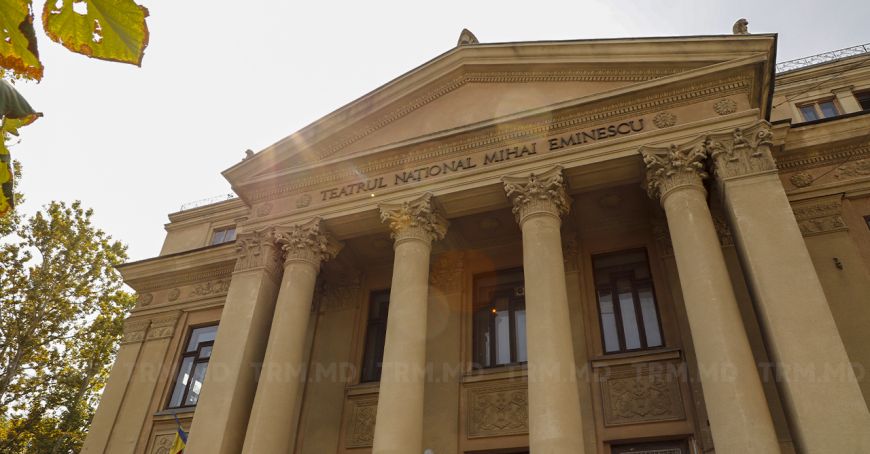 "Dragoste la pachet" - a show about the drama of Moldovans who went to work abroad, will be premiered at the "Mihai Eminescu" Theater

The drama of poverty, the pain of separation from their beloved, the attempt to compensate for the longing for children with gifts sent from Italy, outlines the theme of the show "Dragoste la pachet". It is inspired by a reality experienced by Tatiana Lazăr, the author of the text, who worked in Italy, and the director of the show, Olesea Sveclă, who grew up without her mother as she went to Italy, reports Moldova 1.

"About our mothers who left and sacrificed their youth, their lives for a better life for their children. It's quite painful. No show, no film, no monument for our mothers will be enough for how many tears, how much pain they endured for us", declared Olesea Sveclă, actress, director.

"When I was writing, I was crying. A painful process of uprooting the nation when the mothers leave and the children remain and then all we can give them are some packages that we make with love. All the real periods that should be between mother and child are omitted, I miss them until now", says the author of the text and the protagonist of the show, the actress Tatiana Lazăr. She worked for 12 years in Italy.

The video sequences, the testimonies and the turmoil of the protagonist, highlighted by the director of the show, convey the essence of the stage production.

"A whole amalgam of emotions, from sarcasm, cynicism, irony, pain - to the most sensitive notes of the soul. Children are very sensitive to the departure of their mothers and Casandra, my little girl, has the role of this child who is waiting for her mother", said the actress Olesea Sveclă.

"Our women deserve a love song for what they do, have done and continue to do. On the other hand, the children who remain partially orphaned waiting for the mother to come... Even if the mother comes, that chasm remains between us. I still talk to my children as if they were small children. - Why did you leave, Mrs. Lazar? – Nothing could be done. There was no money, it was the time when the low salary at the theater was not given", says the actress Tatiana Lazăr.

The show "Dragoste la pachet" will be premiered on November 22 and 23 in the "Valeriu Cupcea" Studio Hall of the "Mihai Eminescu" National Theatre.