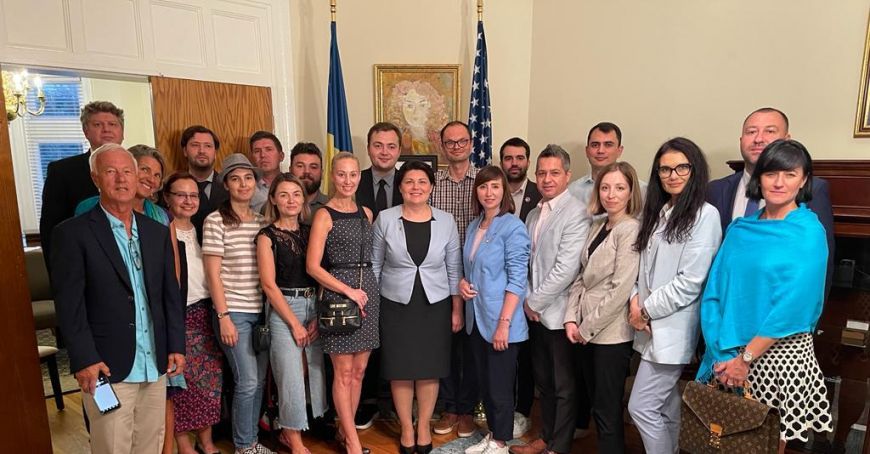 Natalia Gavriliţa, in dialogue with Moldovans settled in the USA: The Government will insist on actions to encourage citizens from abroad to return to the country

Prime Minister Natalia Gavriliţa met in Washington with Moldovans settled in the United States. The talks focused on the challenges facing our country in the current global context and the consequences of the war in Ukraine in the priority areas for the country's development, reads a government statement.

Thus, the status of candidate country for accession to the European Union was obtained - an achievement expected by the citizens, which will bring considerable changes in the process of modernization of the Republic of Moldova. Also, a series of social measures were undertaken, such as increasing the minimum pension and the minimum wage, granting compensations for natural gas and energy resources, and reforming the social assistance program. At the same time, the state program for financing infrastructure projects in Moldovan localities was launched - "European Village", the agricultural subsidy fund was increased by 60% and the support fund for small and medium enterprises was increased almost three times.

According to the prime minister, the reforms will continue, and topics related to increasing the country's energy resilience and reforming the justice sector remain on the Executive's agenda. At the same time, the Government will insist on actions to encourage citizens from abroad to return to the country. Recently, the Cabinet of Ministers approved the project that provides for the exemption of the diaspora from taxes on the import of personal goods and a means of transport.

"Everything we have done so far and we continue to do today has as its final goal the increase of the living standard for our people, the creation of the necessary conditions for the citizens of the diaspora to return to the Republic of Moldova. We need you at home, to invest together in the European future of our country," said Natalia Gavriliţa.

The participants in the event welcomed the measures taken by the Chisinau authorities, expressing their hope that the dialogue between the Government and the diaspora will continue, and the citizens settled abroad will be able to contribute to the transformation of the country.