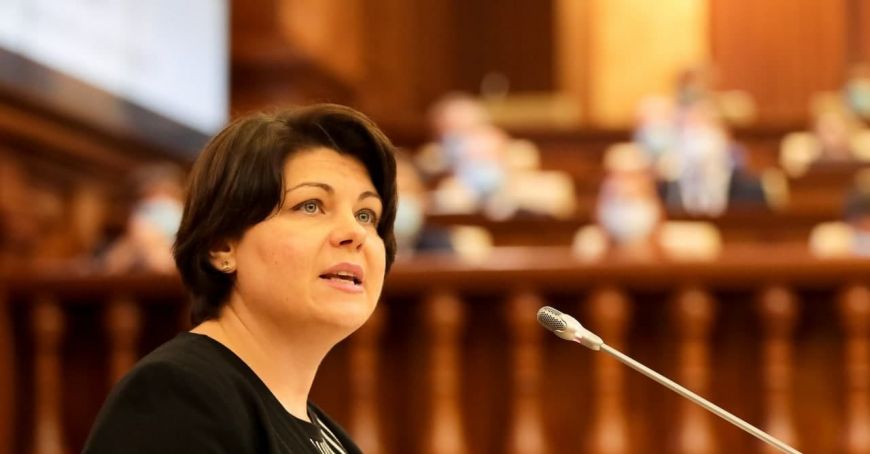 Natalia Gavriliţa: Foreign entrepreneurs are interested in investing in the Republic of Moldova

Foreign entrepreneurs are interested in investing in the Republic of Moldova, in the context of the perspective of the Republic of Moldova joining the European Union, but also of the reforms initiated in justice field. A statement in this sense was made by Prime Minister Natalia Gavriliţa, in an online speech held at the eighth edition of the Moldovan-American convention, reports Radio Moldova.

Moreover, the prime minister encouraged the diaspora to return home.

"Every time I meet either with representatives of the government of other states or with entrepreneurs, when I tell them about our efforts to evaluate judges and prosecutors, to clean state institutions of corruption or our perspective of joining the EU, many investors want fair justice, they say that they will definitely come to invest under these conditions. We don't have mountains, we don't have oceans, Moldova's main wealth is its people, wherever they are," said Natalia Gavriliţa.

The Head of the Executive mentioned several measures taken by the Government to support Moldovan citizens who want to return to the country. Natalia Gavriliţa referred to the exemption from taxes for the introduction into the country of personal items and a means of transport, the signing of several bilateral agreements with various countries, but also to the introduction of a new element in the 1+1 program, where the state doubles its the contribution for citizens who want to start their own business.