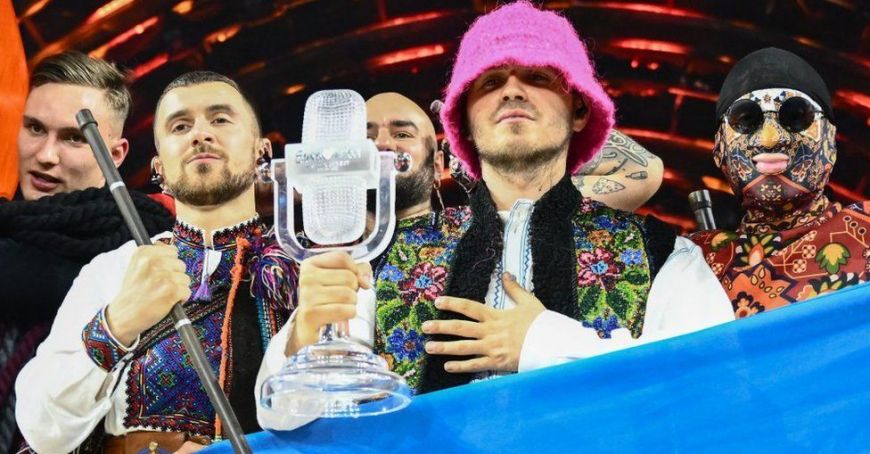 The Ukrainian band Kalush Orchestra, the winners of the Eurovision 2022 competition, sold their trophy by auction. They raised $900,000 to help the Ukrainian army in the war with the Russian Federation.

The crystal microphone has been auctioned off on Facebook with the intention of buying drones for Ukrainian military troops. The sale coincided with the appearance of the Kalush Orchestra at a charity concert at the Brandenburg Gate in Berlin, which was intended to raise funds for medical supplies.

In a speech during the concert, Oleh Psiuk, a member of the band, called on the people to pay attention to what is happening in Ukraine and not to get used to the war that led to the death of 4,031 civilians and the injury of another 4,735, as the UN balance sheet shows. At the same time, more than 14 million people have been forced to flee their homes since the beginning of the invasion, and the cities have been turned into piles of rubble.

"Friends, you are incredible! We are grateful to all of you who donated money through this auction, and especially to the Whitebit team, which purchased the $ 900,000 trophy and is now the owner of our trophy. Glory to Ukraine! Glory to the Ukrainian Armed Forces," the Kalush Orchestra wrote on Facebook.

Ukrainian TV presenter Serhiy Prytula announced that the money from the sale of the trophy will be used to purchase three Ukrainian-made PD-2 drones.