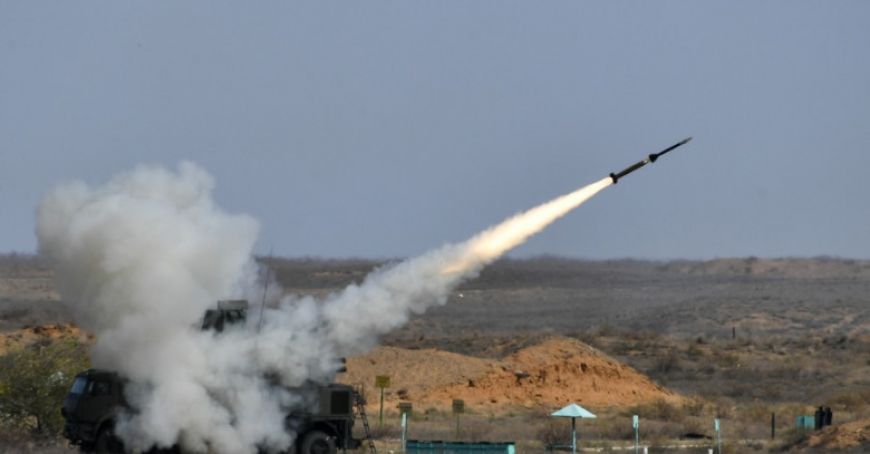 Russia's war of aggression in Ukraine has entered its 225th day. New Russian bombings targeted Zaporozhye, the Khmelnytskyi region in the west of the country was attacked with rockets. The Russians hit the city of Kharkiv with drones. The Ukrainian authorities have officially announced that they will liberate the Luhansk region. The advance of Kiev's troops continues in the south where the front line has been moved by over 20 Kilometres, reports Moldova 1.

The Russians fired 7 rockets during the night from Wednesday to Thursday on the city of Zaporizhia and damaged or destroyed several residential buildings, announced the governor of the region, Oleksandr Staruh. As a result, at least two people died and survivors are being searched under the rubble. Massive fires broke out as a result of the attacks. Russian troops attacked the western part of the country, in the region of Hmelniţkîi, with two rockets. However, these did not cause destruction or casualties.

Russia used kamikaze drones to strike industrial facilities in Kharkiv last night. There are no injured persons, announces the administrator of the region Oleg Sinegubov. At the same time, the air forces of Ukraine announce that in the south of the country they managed to shoot down nine kamikaze drones of Iranian production.

On the front, Russian troops continue to retreat in the face of Ukrainian offensives, and many of the new recruits of the occupying army have no other thought but to surrender, in order not to be killed. The governor of the Luhansk region has officially announced the start of the liberation of the occupied regional territories.

"Now it's official. The occupation of the Luhansk region began. "Several localities have already been freed from the control of the Russian army, where the military forces of Ukraine have raised the state flag," said the governor of Luhansk, Serghei Gaidai.

Ukrainian President Volodymyr Zelensky announced the recapture of three more towns by Kiev's forces in the Kherson region, in southern Ukraine, where Moscow's troops are in trouble. Zelenski conveyed to the Russians that the attacks with Iranian drones have no point, given that the war is already lost for them.

"Even if you find another weapon somewhere in the world with the same name specific to the 'Russian world', like these Iranian drones you're trying to bomb our cities with, like the Bila Tserkva... it won't help you anyway. You already lost. You also lost by the fact that you have to explain to the Russian society why all this is needed: this war, false mobilisation and self-destruction of all the perspectives of your people", said Volodymyr Zelensky.

Kremlin leader Vladimir Putin has ordered the Russian state to take control of the Zaporozhye nuclear power plant, the largest in Europe and still managed by Ukrainian engineers, although it was captured by Russian forces in the first moments of the war. The plant is right on the front line, and both sides have accused each other of bombing and have drawn attention to the risk of a nuclear disaster.