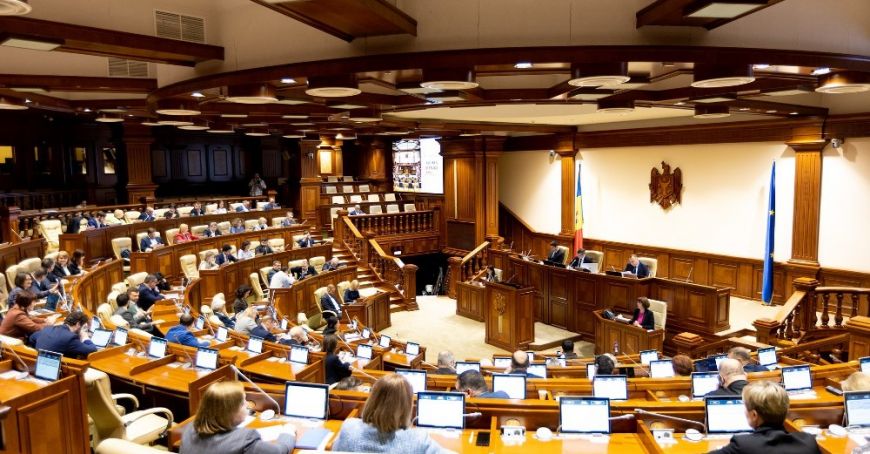 Parliament convenes a session. The motion on the policies of the Ministry of Justice, on the agenda

The Parliament will examine the simple motion on the policies carried out by the Ministry of Justice in the field of justice. The document is included on the agenda of the meeting on Thursday, November 24, reads the Parliament’s press release.

Deputies will also examine the ratification of the 14th amendment to the Assistance Agreement regarding the development objective between the Government of the Republic of Moldova and the US Government for sustainable economic growth anchored in European integration.

The deputies are to approve the draft Electoral Code of the Republic of Moldova in the second reading.

On the agenda is also the draft of a Declaration of the Parliament of the Republic of Moldova regarding the condemnation of the Great Famine (Holodomor) of 1932-1933 in Ukraine.

Also, in the second reading, amendments to several normative acts will be debated, including the Law on small and medium-sized enterprises or the Law on the capital market.

On Friday, the European Commissioner for Environment, Oceans and Fisheries, Virginijus Sinkevičius, will deliver a speech in the plenary session of the Parliament.

The session of the Parliament of the Republic of Moldova can be watched live on trm.md, on the YouTube channel and on the Facebook page of the Public Broadcaster "Teleradio-Moldova".