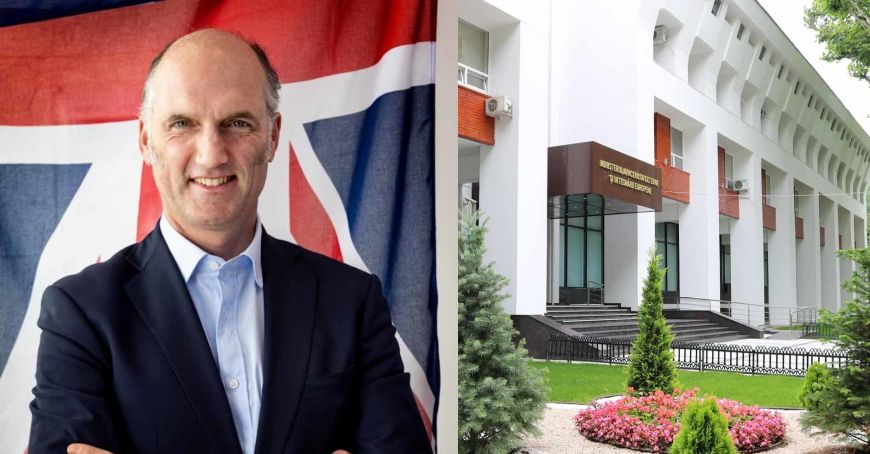 Minister of State for Europe Leo Docherty, comes to Chisinau

The Minister for Europe of the United Kingdom of Great Britain and Northern Ireland, Leo Docherty undertakes a visit to Chisinau, announces the Ministry of Foreign Affairs and European Integration (MAEIE) of the Republic of Moldova.

According to the MAEIE, the British official's schedule includes a meeting with Deputy Prime Minister Nicu Popescu, including holding a joint press conference on October 4.

In Chisinau, the British official will be received by the President of the Republic of Moldova, Maia Sandu, he will have meetings with the Government, in particular the meeting with the Prime Minister Natalia Gavriliţa and the Deputy Prime Minister for Reintegration Oleg Serebrian is planned.

"During the discussions at the level of the national delegations, the methods of strengthening Moldovan-British relations will be addressed, in the spirit of the Agreement on Strategic Partnership, Trade and Cooperation between our countries", reads the MAEIE press release.

Born in Scotland in 1976, he was brought up in Gloucestershire. After graduating from the School of Oriental and African Studies he attended the Royal Military Academy Sandhurst and was commissioned into the Scots Guards in 2001.

He has travelled very extensively across the Middle East and Central and South Asia and in 2007 travelled from Istanbul to Afghanistan on horseback, foot, bicycle and public transport, a journey of 6 months which culminated in playing the traditional Afghan game of Buzkashi.