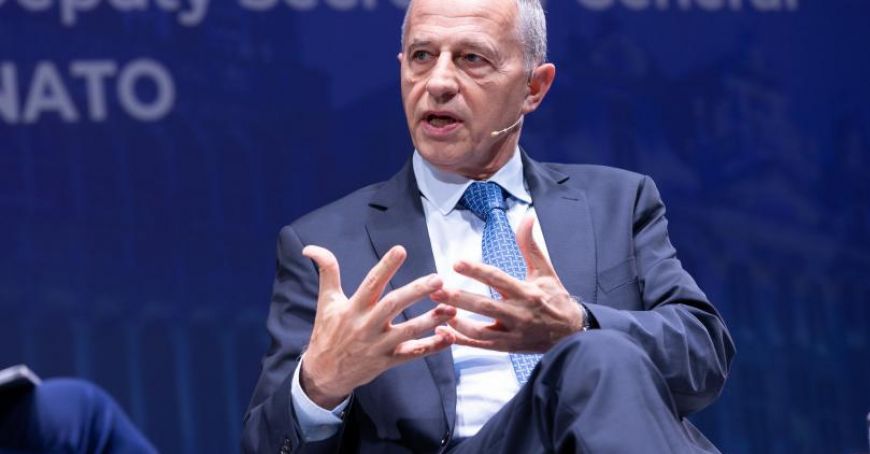 Mircea Geoana: Russia tries to destabilise the Republic of Moldova, but does not have the military capacity to make the junction with the Transnistrian region (VIDEO)

Russia is trying to destabilise the Republic of Moldova, but does not have the military capability to land with the Transnistrian region. The statements belong to NATO Deputy Secretary General Mircea Geoana and were made exclusively for the public television station. The war is one of attrition and it is important that Ukraine has sufficient resources to resist, that is why NATO will continue to support Kiev and strengthen security in the Republic of Moldova, the NATO Deputy Secretary General replied to questions from Moldova 1 correspondent in Madrid, Radu Osipov.

"Today we do not see elements of military concern, we say it very clearly, there are no concerns for the Republic of Moldova. The Russian Federation does not have military capabilities, but elements of pressure, destabilisation, announcements and threats made by Dmitry Medvedev after the good news from Brussels, obviously they are in our attention," Mircea Geoana declared.

The NATO assistance package was negotiated with the Moldovan government and is a response to requests from Chisinau authorities. High-performance security and military institutions and resilience to hybrid threats, for example, cyber attacks and misinformation, are needed.

"NATO will continue to have a certain stabilising role at the regional level, even without explicit arrangements. You don't have to be a NATO member to benefit from NATO radiating predictability and stability, we will see how things go and we respect the sovereign decisions of the partner countries, if in Chisinau it is decided that the European direction is the direction and not NATO is the direction as the constitution says, it is something we respect. We do not decide for the partner countries: The citizens," said Mircea Geoana.

Since Russia disrupted peace in Europe, allied countries have been providing intelligence assistance to the Republic of Moldova, when Chisinau needs specific information. However, the partnership with the North Atlantic organisation was launched in the early 1990s.

The most successful projects are the clearing of fields after the Transnistrian war, and the decontamination of soils and the liquidation of pesticides inherited from the Soviet Union.