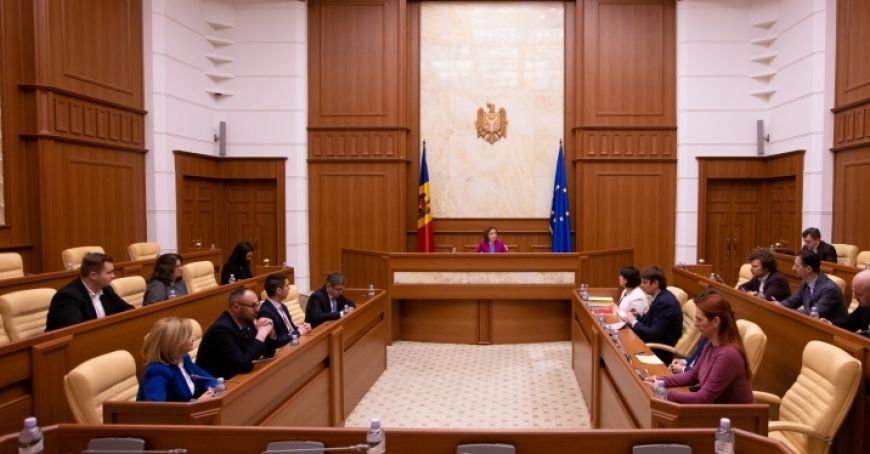 Recommendations of the Supreme Security Council

The Supreme Security Council (SCS) has drawn up several recommendations for public institutions in the context of tensions in the Transnistrian region. These were made public during a briefing, held by President Maia Sandu, after the CSS meeting.

Referring to the situation in the Transnistrian region, Maia Sandu said that “it is a complex and tough situation. We will take all the necessary measures to prevent escalations, to strengthen the security of the state and to protect the citizens ", the president declared. "The analysis at this time shows that there are tensions between different forces within the region interested in destabilizing the situation. This makes the Transnistrian region vulnerable and poses risks to the Republic of Moldova. We condemn any provocations and attempts to involve the Republic of Moldova into actions that could endanger peace in the country", said the head of state.

The Supreme Security Council noted the escalation facts and recommended to public institutions:

1. to increase the intensity of traffic checks in the vicinity of the security zone;

2. to increase the intensity of patrols and checks on the territory of the Republic of Moldova and at the border;

3. to increase the level of alert regarding the security of critical infrastructure objectives.

4. to increase the alert level of all institutions responsible for ensuring public order and security.