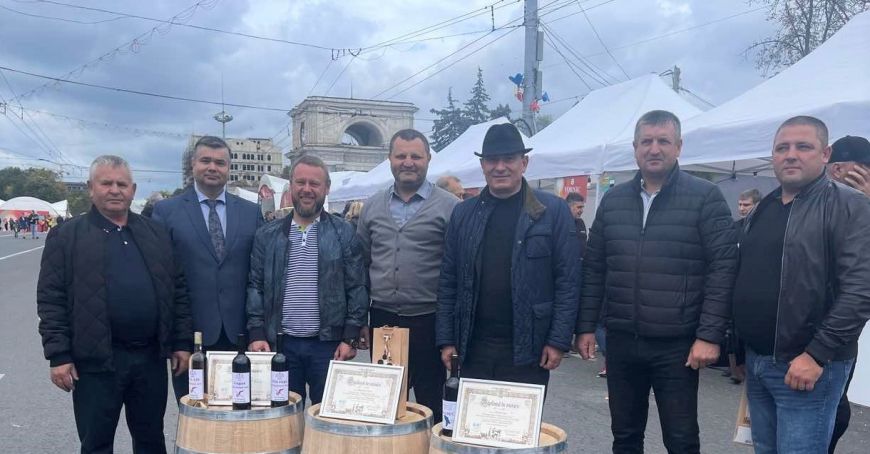 The "Polobocul de Aur 2022" competition has designated its winners

Dozens of households from all over the country, who produce home-made wine, competed for the most coveted award, the "Golden Barrel". Only nine winemakers among them won the grand prize at this year's edition of the competition, Moldova 1 reports.

It is the fifth edition in which Ion Nicolenco from Căuşeni impresses the jury with his wine and wins the big prize at the "Golden Barrel". The winegrower produces up to six tons of red and white wine annually and says that a good product is obtained with dedication.

"I try to make the wine good, clean and tasty, like when friends come to serve it. I sent it to the girl in Italy. I send her wine all year round. She served the Italians there and they liked it. I sent wine to my grandchildren in America".

Igor Donţu won the Grand Prize for the wine produced from technical varieties.

"Two years in a row I was awarded at the "Golden Barrel" with the rose wine. In the meantime, we managed to come up with a new wine: a red wine, Malbec, which was very successful and I was awarded."

The best white wine from hybrid varieties is produced by Alexandru Neamţu.

The competition has become traditional and is organised by the Chamber of Commerce and Industry, to highlight the tradition of home wine production.

"We want to promote the consumption of wine in our families as a beautiful tradition, to develop rural tourism, but also to grow small and medium enterprises. To show those who come to the Republic of Moldova, including at this wine festival, that we have secular traditions", says Sergiu Harea, president of the Chamber of Commerce and Industry.

In this year's edition, more than 400 households from 20 districts of the country participated, and in the final stage 117 winemakers were selected.