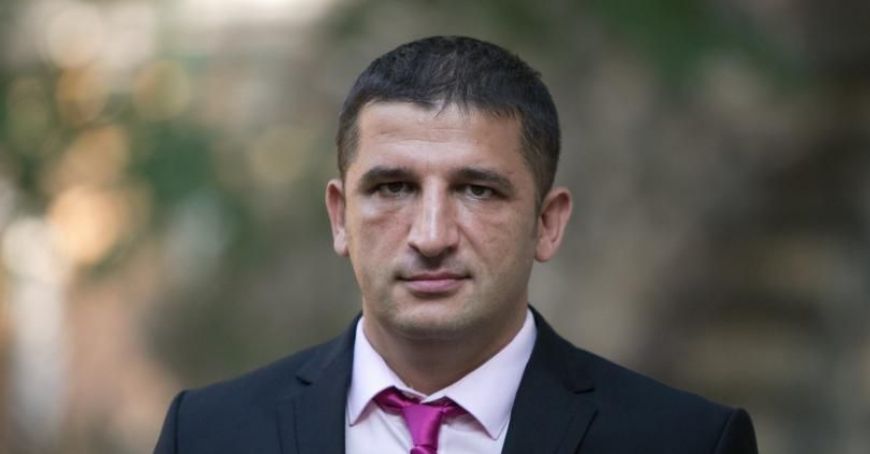 Vlad Turcanu, nominated for the position of General Manager of the Public Broadcaster "Teleradio-Moldova"

The journalist Vlad Ţurcanu will be proposed to the Parliament for the position of general director of the Public Broadcaster "Teleradio-Moldova" (TRM). Six of the seven members of the TRM Supervisory and Development Council (CSD), who met today in the first meeting, voted for his candidacy. The information was confirmed for TRM.MD by Sergiu Stanciu, secretary of the CSD. According to Stanciu, Vlad Ţurcanu's candidacy was proposed by Arcadie Gherasim, the CSD president.

"I can't wait to get to the parliamentary committee for hearings. Then I will say more, because now I am preparing for this exercise, but I can confirm that it really is. Furthermore, I am in no hurry to expose my work platform, because it is to be presented to the parliamentary commission ", Vlad Ţurcanu said for TRM.MD, after he was asked to comment on the proposal of his candidacy for this position.

Vlad Ţurcanu is a journalist and communication specialist, with over 20 years of work experience in both fields. In the period 2012-2016 he was an adviser and spokesman of the President of the Republic of Moldova Nicolae Timofti. Previously, he was a journalist at Radio Moldova, TV Moldova 1, Radio Free Europe, member of the Audiovisual Coordinating Board. Vlad Turcanu has a degree in Journalism and Communication Sciences from the State University of Moldova.

Under the legislation in force, the director general of the national public media service provider is appointed by the Parliament, at the proposal of the Supervisory and Development Board. The Director shall be appointed for a term of seven years.

According to the Code of Audiovisual Media Services, the Director General of TRM may be dismissed by Parliament on  own initiative, on the basis of the application submitted, following the finding of improper execution or non-execution of his duties, as well as in other cases provided by law.