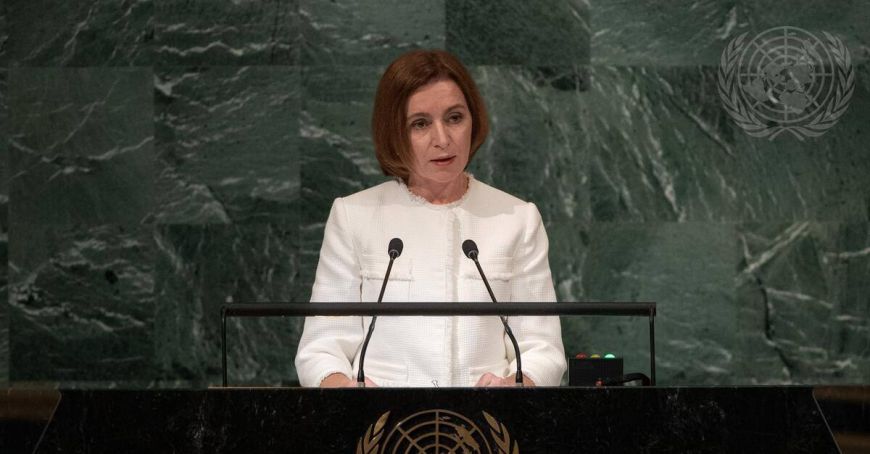 "We strongly condemn the war against Ukraine as well as the recent additional mobilization of troops recently announced by Russia. We firmly support Ukraine and its independence, sovereignty and territorial integrity within the internationally recognized borders", declared President Maia Sandu at the UN General Assembly in New York.

At the same time, the head of state mentioned that our country faced an armed conflict in 1992, on the Nistru, and after three decades we are trying to overcome the consequences of this conflict and to reunify our country. "The only way to achieve this goal is through peaceful dialogue and respect for the sovereignty and territorial integrity of our country," said Maia Sandu.

In this context, she demanded the immediate and unconditional withdrawal of Russian troops from the Transnistrian region.

"With Russia launching the war in Ukraine, we need more than ever to maintain peace on both banks of the Nistru River. The illegal presence of Russian troops in the Transnistrian region violates our neutrality and increases the security risks of our country. We call for the complete and unconditional withdrawal of Russian troops. We demand the destruction of the munitions from the warehouses in Cobasna, which endanger security and pose a threat to the environment in the entire region", Maia Sandu said in her speech.